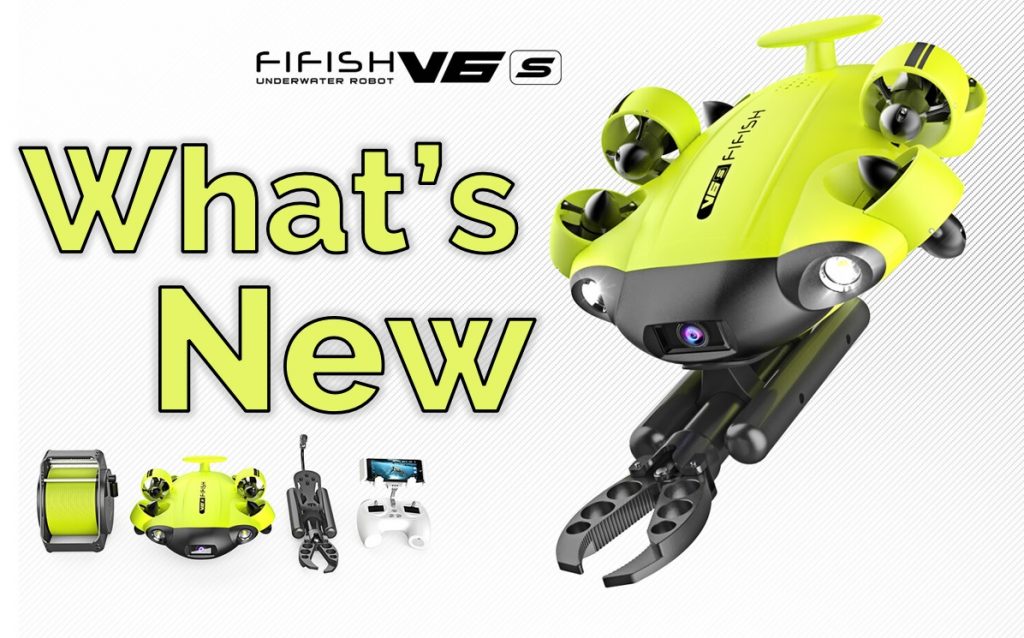 So let me begin by saying that the FIFISH V6S is not replacing the FIFISH V6 at all. FIFISH V6s is another release by QYSEA that offering another ROV like the V6 that has more capabilities. I could argue and say that naming V6S is not good enough. It is causing lots of misunderstandings. Maybe naming it V6 Plus (which is a different ROV) instead, could be more suitable for this model. However, QYSEA already used this name for another different ROV.

First, let me answer this question in short:

Well, in the past couple of years, as the ROV market grew up, one accessory was asked by many pilots. And that was for a robotic arm. QYSEA is not the first company to develop a robotic arm, but QYSEA surely reduces the market competition gaps very fast.

Lot’s of things you can do with a robotic arm, but, it is not essential to all pilots. 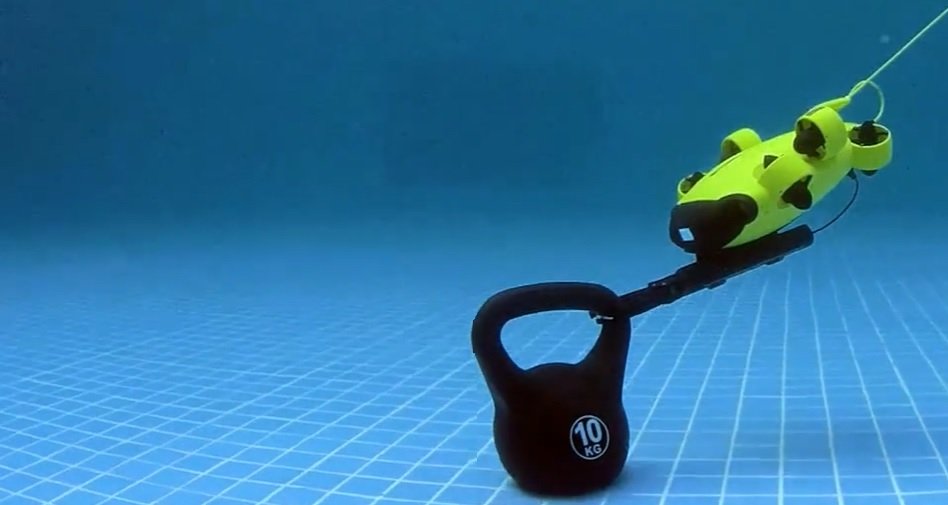 The capabilities you are getting from the robotic arm are endless. It allows you to drag, drop, tow, and salvage objects from one place to another. This is a highly important accessory that we have all been waiting for in the past year. And it is finally here.

In addition, having the robotic arm allows QYSEA to enter deeper into the Search and Rescue market, an area that gets a lot of focus in recent years.

Another important feature in the FIFISH V6s is a larger battery. The new battery gives you 60% more than you have with the original V6. And 60% more, means you will have up to 6 working hours in one single charge – depends on the operating mode that you will set the drone on.

Well, I am sure you didn’t think all of these new features will be for free, right? 🙂

The two new features in the FIFISH V6s are quite expensive. Also, when taking into consideration the coronavirus shipping fee affects, the price for all of the QYSEA products was increased. Currently, the release date for the FIFISH V6s is set to the 1st of July. And QYSEA told us that the price for it will be 3,199$.

Qysea is still having the best price in the market for their ROVs, and also the best ROVs in the market. So you can’t really go wrong by buying one of their ROVs. Especially if you buy the V6S.

But yet there is another question to be asked…

Does it worth the extra money?

Well, if you are about to purchase an underwater drone, and you don’t know what to choose from. Well, the way I see it, you have two options to choose from. The first one is to buy the FIFISH V6 right now. You can purchase it here at the most affordable price on the web. But, remember, that you can’t add a robotic arm for it later on. Also, FIFISH V6 does not allow you to replace a battery. So you won’t be able to get the extra battery time. So, if you need a robotic arm, you will need to wait a few more days for it. You just need to choose whether it worth you an additional 1400$, or not.

Remember, the FIFISH V6s is not competing with the original FIFISH V6. These V6s and V6 are 2 underwater drones that were designed to be used in different tasks. Well, the V6s can do anything the V6 can, but not the other way around.

QYSEA is about to come out with several new models, for different types of consumers. Next month, they are about to release the FIFISH V6s which will change the game rules again. Offering the best underwater drone in a great price that we can afford.

I hope you are excited about this new model, the way I am. This new model will be more relevant and useful for all of the yacht and boat owners. And if you need an underwater inspection tool. You can stop looking for, and honestly, it is not a gimmick, do your self a favor and buy yourself the FIIFSH V6s. If you still have more questions about the new FIFISH V6s, ask us anything you feel like and we will answer them all for you.

Till the next time, be safe.