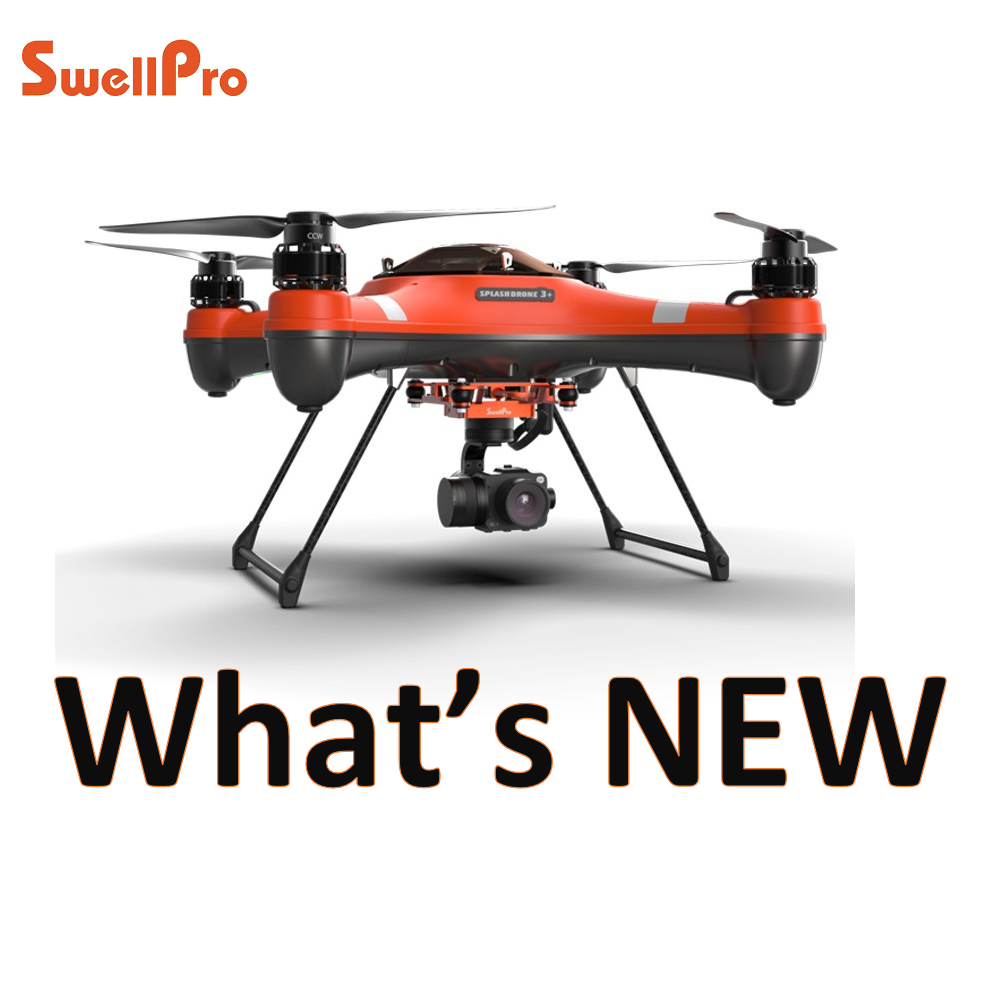 Last week (14th October 2018), SwellPro started selling the SplashDrone 3+. This drone is enhancing and extending the features of the previous SplashDrone 3.

As for now, the SplashDrone 3 plus, is yet the most reliable and versatile waterproof drone ever released to market.

We, at Finish-Tackle, are very excited about this new edition since it has lots of new features, which ranks it as one of the best drones in the market today.

In general, we are following SwellPro for quite some time, and we can surely say that SwellPro works very hard each year developing new products. Most of them, are completely waterproof products.

During this year, they have already released the new PowerDrone which is a high capacity power bank, providing you with a peace of mind when going out with your electronics like drones, smartphones, speakers etc.

Later after the release of the PowerDrone, they have released their new 4K 3 axis gimbal camera, which is, of course, 100% waterproof.

And in addition to that, there is also a new toy drone they SwellPro is about to start selling soon. Full details about this new toy drone we will publish very soon. And we will do a great review on it as well. So, make sure to subscribe so you will be notified when we post it.

SwellPro officially informed that after getting feedback from their customers, for the last 2 years, regarding the SplashDrone 3, they have finalized all the feedbacks and implemented them in the advanced SplashDrone 3+.

I must say, that even I personally sent them a feedback regarding a feature they had in the early version of the SplashDrone 3, which enabled the drone to flip in the water in case it got upside down. This feature existed in the early version of SplashDrone 3, however, this feature was disabled a bit later, probably due to the new SD3 flight controller that SwellPro developed by themselves.

Some of us, that were used to this feature got very disappointed when we realized that. So as said, I sent my feedback directly to the SwellPro head office, and now this is all history. In this SplashDrone 3+, SwellPro developed this feature back again, and now you can be relaxed back again. So even if your SplashDrone 3+ drone falls in the water upside down, you can easily flip it back again and take off.

But that, of course, is not the only thing that SwellPro did with the SplashDrone 3 plus. There are lots of great changes, as I am about to describe in the following sections

Changing the attitude of the SplashDrone

The difference between these two editions was not only by having a good camera (for the AUTO) or a payload release device (for the Fishing). The AUTO edition had also the ground station unit (which enable all the great features like “Follow me”, “Mission Planning” etc.). So in case you bought the Fishing Edition, you could not operate such functions on the drone.

These were a lot of details, but here are the highlights of what is different with the SplashDrone 3+, compared to the previous SplashDrone 3:

For the remote control, The flying range for the SplashDrone 3+ is better and it is 1.6Km, while it was 1.0KM for previous SplashDrone 3. Except for the range, all the other specs remain the same.

You can see all the technical specifications of the SwellPro SplashDrone 3 plus here.

The improved features of the SplashDrone 3+ 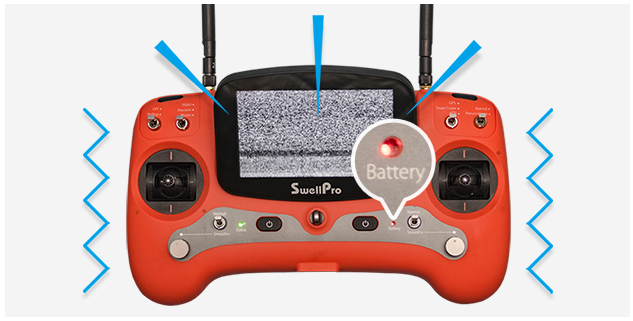 Except for having a new battery, The SplashDrone 3+ gives you a safer flight control. The SplashDrone 3+ provides you with three levels of battery warning. For example, it will provide you with up to six minutes of warning before an automatic landing will take place.

The SplashDrone 3+ remote controller has been enhanced with a unique new Smooth+ controls. You can operate it from a joystick to fine knob control of drone rotation and direction. This is great for shooting smooth videos, orbits and accurate flight. Additionally, the Flight Controllers sensitivity has been tuned as well, which improves the feel and responsiveness.

Remember I told you earlier about the feedback I sent to SwellPro? So here it is, the power-flip feature basically flips the drone in case a wave or a hard landing got the drone upside down. It will flip on its right side, controlled by your command.

This is an important add-on. SwellPro has enhanced their Ground Station feature to provide real-time position and altitude data in case your drone got lost. That’s of course until the battery voltage drops to 5 volts. A LED on the Ground Station link will alert you when you are within a 1km range from the drone.

A new FLY App, for Android and iOS, has been upgraded making the flight easier for you. The user interface is now clearer and more user-friendly.

Well, that’s of course not the only things SwellPro did with the SplashDrone 3 plus. Till now we mentioned features that you can feel and see at the drone.

But there are more…

SwellPro also improved their waterproof membrane, which now has a protective bumper design, which helps to prevent damage to it.

Another important feature is the new heat system for the speed controllers. SwellPro succeeded to generate all the heat from the ESC outside of the drone body.

I must say that I am very excited about this new SplashDrone 3+. I can do much more things with it, shoot better videos, using it more time at the beach. And not worry about the drone to flip in case I landed it on the water, and a wave arrived and flipped it by mistake.

I know many people were worried about this, and now we can all have a better peace of mind when taking the drone with us and send it out for a long run.