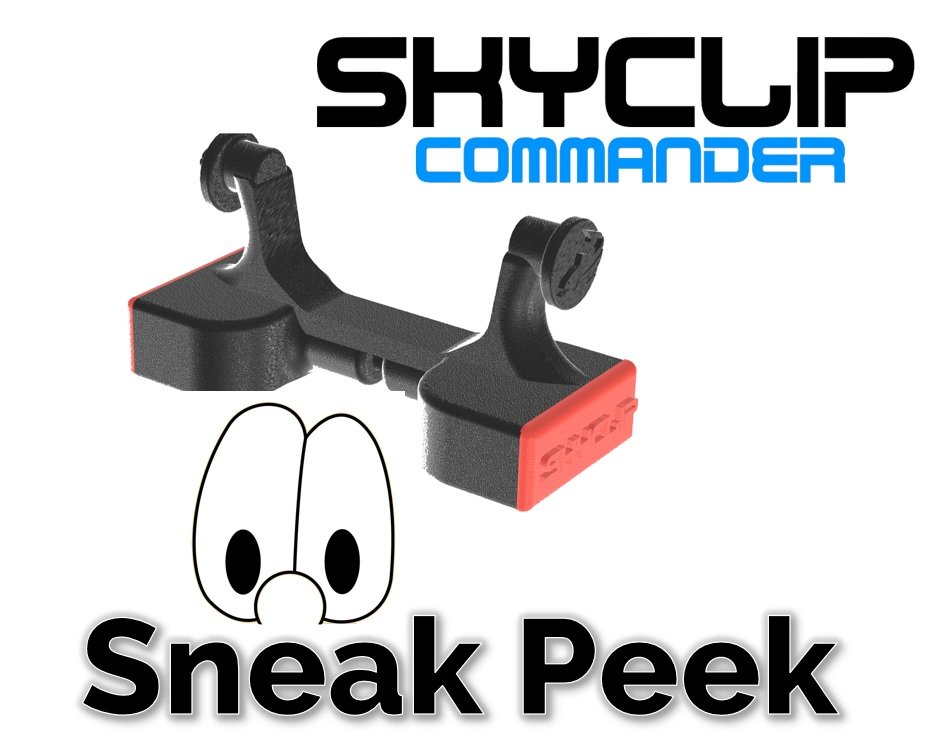 Hello there drone fishing lovers, on this post, we are about to share with you a sneak peek to the SkyClip Commander. Well, earlier this year, on July 15th, SkyClip announced that they are about to present us with a new series of bait-dropping devices that will be working in a new way.

I guess that by nature when anglers are thinking about a bait-dropping device, they want to have a solution that will be as simple as possible. Which means, dropping your bait as easy as a click of a button. 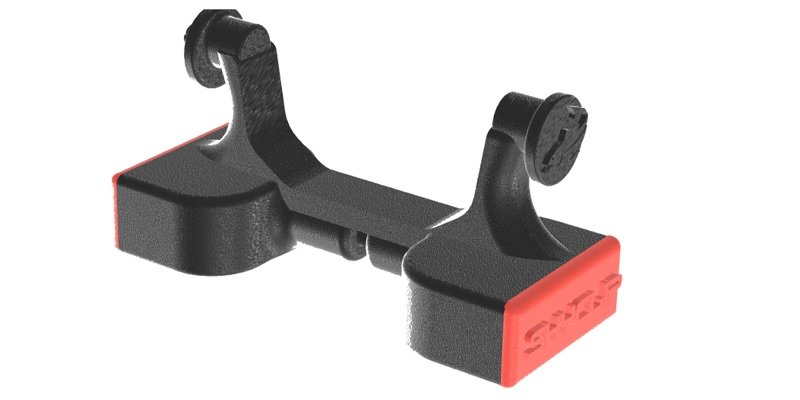 SkyClip Commander Sneak Peek – One of a kind

The SkyClip is not the only company that makes bait-dropping devices in the market, however, SkyClip announced that its model is one of kind in terms of technology.

While other electric devices on the market failed to operate at all times, SkyClip is promising that this won’t happen with their devices. At this time we are not allowed to reveal more details about their new technology that will be used, however, it sounds promising. So hopefully, the SkyClip Commander will not fail us.

Here is the announcement of SkyClip as you can find on Facebook:

“First in the World hybrid release for DJI Mavic series Drones. Features an electronic actuator and a new revolutionary light Sensor developed by SkyClip with auto light leveling. Can easily detect light status to release even in full Sunlight!! Can be used on your Drone for fishing but also to carry and drop payloads anywhere.” 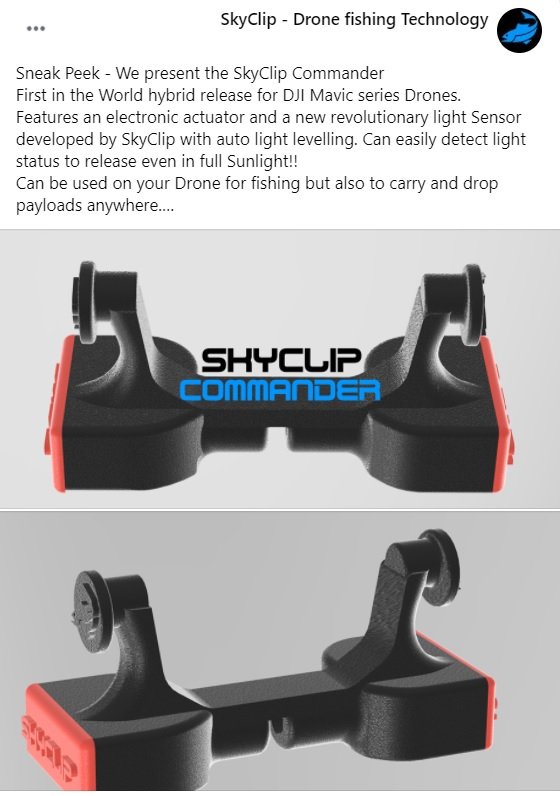 SkyClip announced that the SkyClip Commander is about to be released to the market in about 2 months from now. So, assuming everything will go well, and no extra delays due to the COVID-19, we should expect to have the first units around November.

Well, the last thing I would like to share with you in this SkyClip Commander Sneak Peek is the price. As the price issue is always the one million dollar question when releasing a new product to the market. So, I won’t keep you curious and will say that even though SkyClip did not enclose a final price yet, they told me earlier that it will be around 150$. This is great news since it will be trending for the best price in the market for a professional electric air-dropping device. So, I believe that SlyClip will be expecting high interest on this new device.

Last but not least, pre-orders should be available for it, and we will inform you about it once it will be. So stay tuned, and as always we wish you tight lines and fly safely and we will see you on the water.