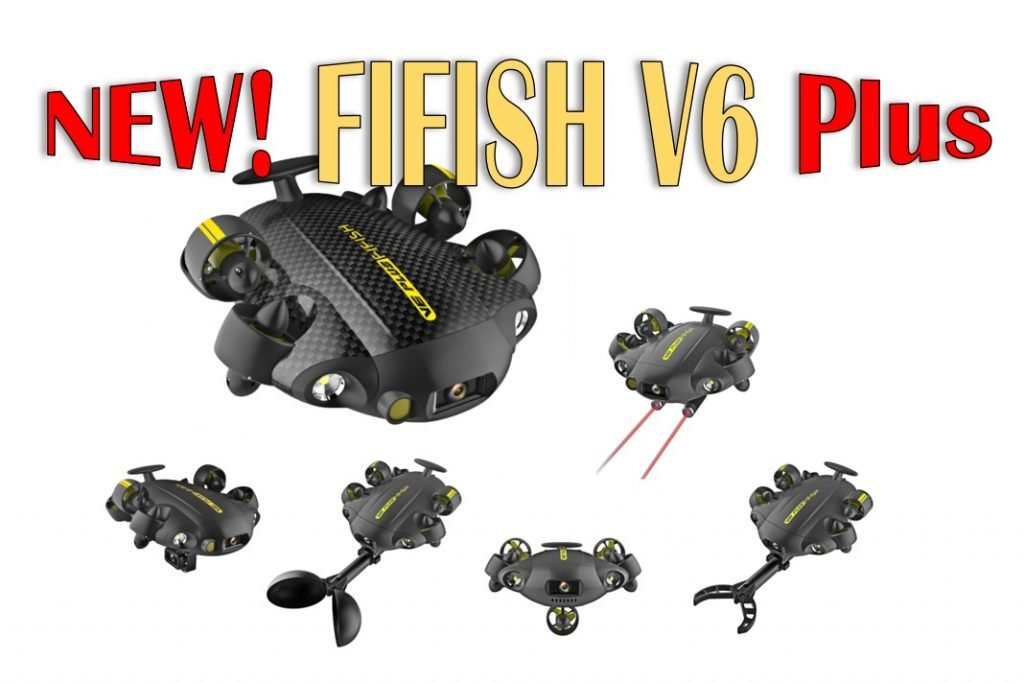 If you are into new technology and underwater drones, you must have heard about that QYSEA announced FIFISH V6 Plus. To make story short, it seems that the best underwater drone (FIFISH V6) just got better. But don’t expect it to be at the same price range.

It’s been only 1 year since CES 2019 when QYSEA introduced the world with its high-end underwater drone – the FIFISH V6. I was blown away with its design and capabilities. It was the first Omni-directional underwater drone that is offered at an affordable retail price.

And now, a year after, 2020, QYSEA is shocking us again with not less than 4 new underwater drones. One of them is an improved version of the known FIFISH V6, which is called FIFISH V6 Plus. The other 3 are called FIFISH V6S, FIFISH W6, and FIFISH Z1.

New features of the FIFISH V6 Plus

This time I will concentrate on FIFISH V6 Plus, as this is going to be relevant for the commercial sector. The others are relevant to the industrial sector. I will explain more about the other two underwater drones later on.

Till then, here are the man improved features of the FIFISH V Plus:

Right after QYSEA announced FIFISH V6 Plus, I took the specs of both drones, compared the two. And now I am about to show you the additional features and improvements of the FIFISH V6 Plus.

The FIFISH V6 that we know, has the following:

But, the FIFISH V6 Plus is improved and offers also:

Now we need to wait

I, of course, will update you right when it will be available with all the other relevant information.

If you are an enthusiast like me, you probably going to wait for the new QYSEA FIFIFSH V6 Plus. I am sure that I am not the only one :).

Let me know what do you think about the new FIFISH V6 Plus. What other features do you think QYSEA needs to work for their 2021?

Let me know that in the comments section below. Till the next time, be safe.