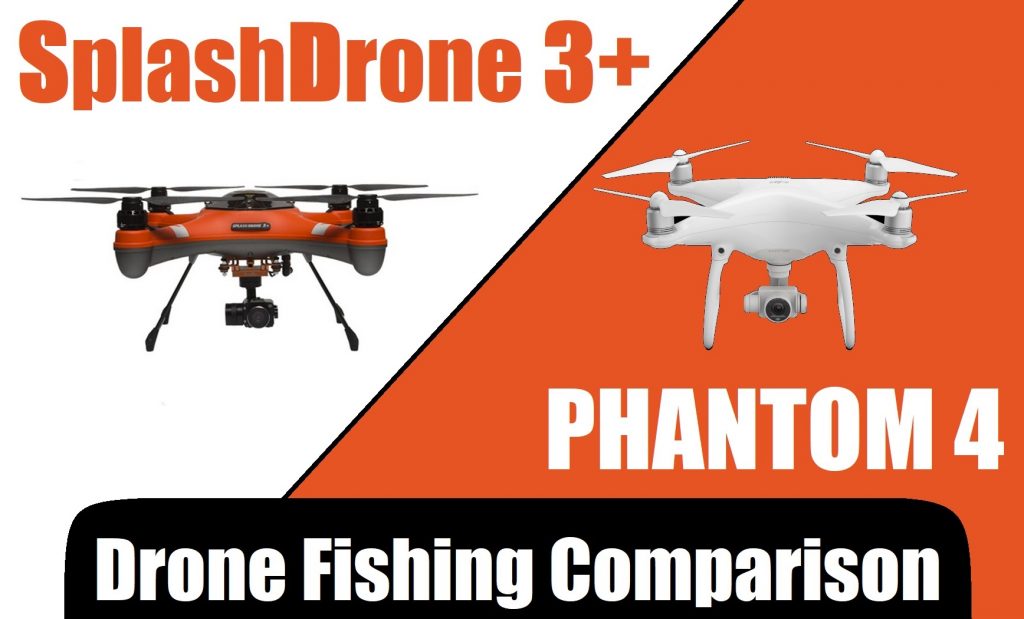 In drone fishing, it seems that there is a great competition between DJI and SwellPro. And this competition does not seem to end very soon. This is even though DJI does not produce drones for fishing in the first place. But still, the competition is there. So we decided to make a Phantom 4 vs SplashDrone 3+ comparison for you.

Around the world, many anglers are using their drones for fishing since it can take out their baits to places they couldn’t reach out to. However, there are certain risks when trying to do that. These risks “created” the famous competition of DJI Phantom 4 VS SplashDrone 3.

So, if you are about to buy a drone for fishing, I will start telling you, that no matter what you choose, each drone has clear advantages over the other. There is no right or wrong about this. It is about what else do you need from your drone.

By the end of this post, I will help you decide which drone will be the best fishing drone for you.

As a side note, we, at Finish-Tackle, prefer to use the SwellPro SplashDrone 3+ drone for fishing. And we, like many others, have many good reasons for it.

However, many other people chose the DJI Phantom 4 drone, over the SplashDrone 3+, for their fishing tasks. 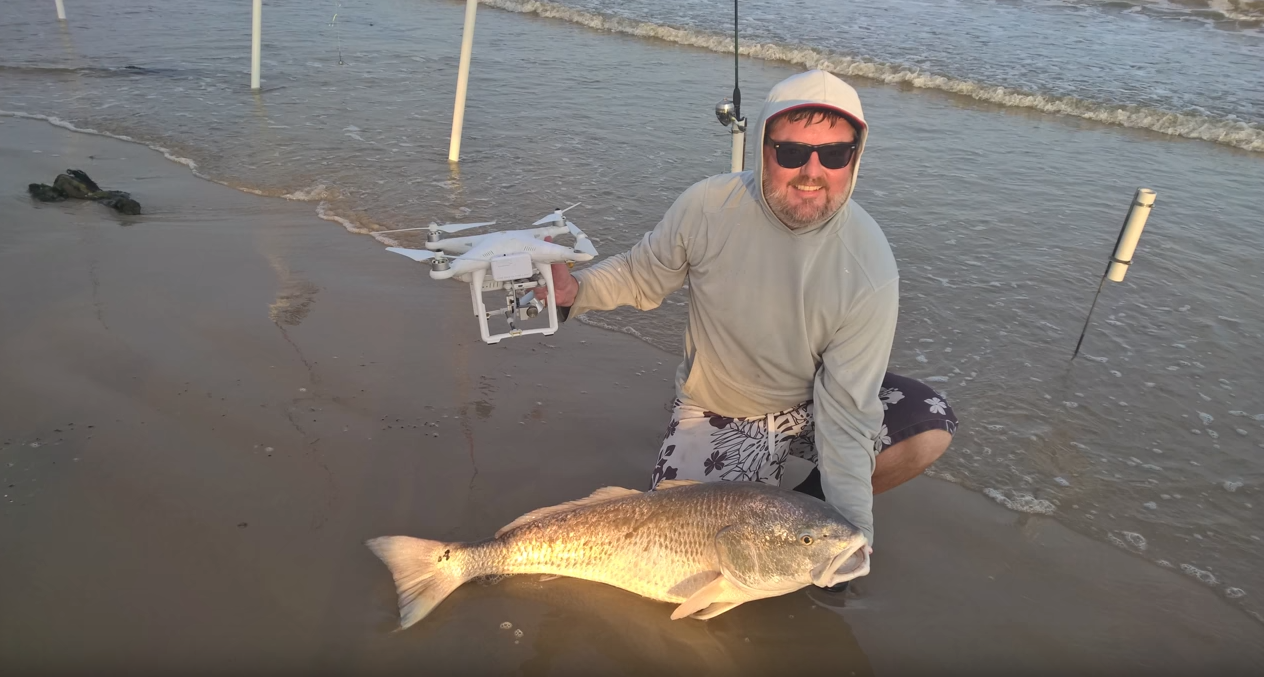 Before you dive in

Before continuing to read this post, I want you to stop for a second and think about what do you need a drone for. List all the things you need. And I mean everything. And don’t think that writing fishing is a need. Because even in fishing the drone needs to do different things. So make sure you write it all down.

Then, after you will finish reading this post, you can go over your list and check which drone can serve you better.

And, in case you were wondering why I only chose to do the Phantom 4 vs SplashDrone 3+. This is since I already compared all the good drones I know for fishing.

Getting into the interesting part…

The biggest issue around this debate is with the ability of the drone to be protected from the water. And as such, you won’t be losing your drone in the middle of the sea, or in a lake.

This specific issue was the main reason for the foundation of the SwellPro company. SwellPro is the pioneer of waterproof drones. This makes it the main reason why lots of people buy their drones, especially for their fishing tasks. But being waterproof is not the only main reason. SwellPro’ drones also float over water and it can even flip back in case it got flipped in the water by a wave.

In general, the four first advantages that I have listed are the main advantages of any SwellPro drone over any DJI drone. So of course, when we compare the Phantom 4 vs SplashDrone 3+, these features are the main things we notice. 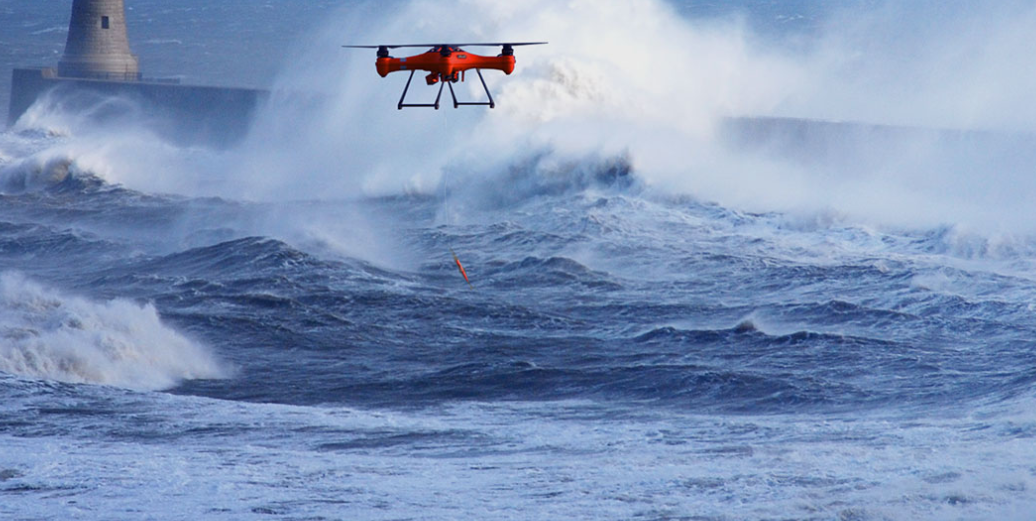 Phantom 4, on the other hand, does not have such a device, since it is not a fishing drone by its nature. However, several companies (not DJI) developed their own version for a payload release, allowing the Phantom 4 to drop a bait in the middle of the sea and by that operate as a fishing drone.

There are many good companies for that. Some of them are using the same methods to operate the device, and some has developed their own unique way to work.

But remember! Since it was not developed by DJI, there are several issues around the payload release device. Here are most of the issues with it:

Another advantage is the maximum weight that the drone can carry. The SplashDrone 3+ can carry out for you 1Kg of bait. Even thou some people use it to carry more than 1 kilogram of baits, but it is not recommended. Phantom 4, on the other hand, can carry up to 500 grams.

Is It all about the money?

Another advantage of the SplashDrone 3+ is its price. The basic platform costs 1,200$ and with the payload release and its 4K camera, it will cost you 1,560$. Currently, the Phantom 4 costs 1,500$ and that is without any additional accessory you will need in order to use it for fishing. Some payload release devices will cost you around 200$ and if you would like to protect it against water (which I will describe later) you will need to pay an additional 240$, which will sum to up 1,940$. So it’s a difference of almost 400$.

Important notes about the SplashDrone 3+

Advantages of the DJI Phantom 4 vs SplashDrone 3+

But before we start writing them all down, this is where your list, which I told you to write down earlier, will come handy. Do you know why?

Some people, and might be that even you will want to use the drone not only for fishing. Drones are great for many different things. And one popular reason to use drones for is filming. So, when we look at the Phantom 4 we will indicate advantages that are not necessarily related to fishing.

Clear advantages of the DJI Phantom 4 vs SplashDrone 3+

Other advantages of the Phantom 4

There is a great support community around the DJI company, which means that you can find solutions to any problem you will have with your drones.

You can find so many groups on Facebook that support DJI drones that I don’t believe you will be left without an answer in case you will need one.

One issue that causes many people to get disappointed from drones it’s being crashed with no special reason. Purchasing a defective product can happen, but it is causing the customer to feel uncomfortable with the situation. Just the thought about arguing with the company for your justice makes people desperate from it.

With DJI Care, DJI promise to their customers that in case of a drone’s failure, the customer can send its drone back to them. And in case DJI will find that the drone has crashed due to a defective or malfunction reason, they will send you a new drone back to the customer.

Here is what DJI is saying about this on their website:

DJI Care is a service plan that provides you with peace of mind, covering damage to your DJI aircraft, gimbal or camera sustained during normal use.

Is the DJI Phantom 4 waterproof?

I will first say No. The Phantom 4 is not waterproof. And as noted before, this is a clear advantage of the SplashDrone 3+ over the Phantom 4.

Phantom 4 can float over water

When combining these two products, the Wetsuits, and the Rescue Jacket, it protects your Phantom 4 form the water. It basically even lets you land (slowly) your Phantom 4 over the water and fly it again. 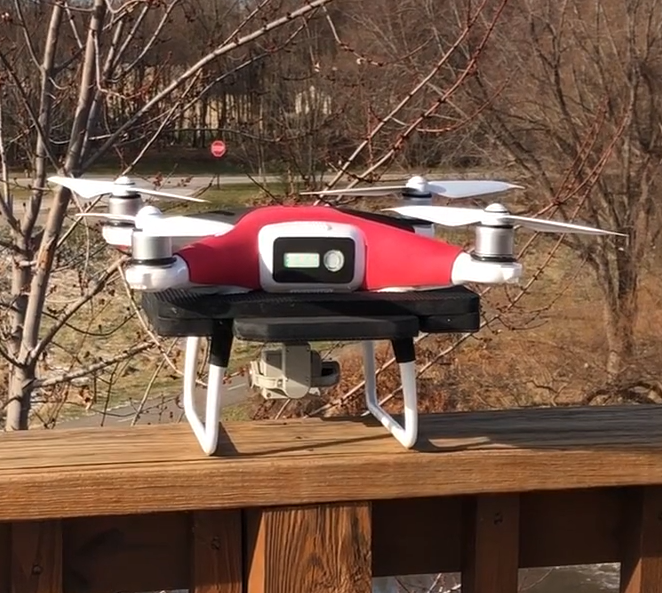 Deciding on a fishing drone is a very important decision. You should think well before spending a decent amount of money on it.

For me, after being asked so many times which drone will be the best one for the task, I have decided to compare for you the most known drones for it. But after I noticed that many people were just comparing the Phantom 4 vs SplashDrone 3+, so I have written all the reasons for each one, hoping that it will make it easy for you to decide.

I would say that, If you are after a long-distance filming drone, and most of the time you won’t be using your drone around water, go with the Phantom 4 drone. Just make sure to get the right accessories for it.

However, if you ­are not interested in sending your drone way far away, and you want to have a peace of mind when using the drone next to the water (for fishing or filming), it will be a smart decision to go with the SplashDrone 3+.

In terms of drones’ production, SwellPro has gone a long way, especially in the past couple of years. I can say that currently, their drones are very stable and reliable. And, as someone who is in the drones’ hobby for quite some time, I did not hear any bad experience with their drones lately. Choosing the SplashDrone is a good pick and you won’t get disappointed from it.

Do you still have questions about which drone to choose? What do you think about our comparison of the Phantom 4 vs SplashDrone 3+?

Leave us a comment or even send us an email and I promise I will answer.