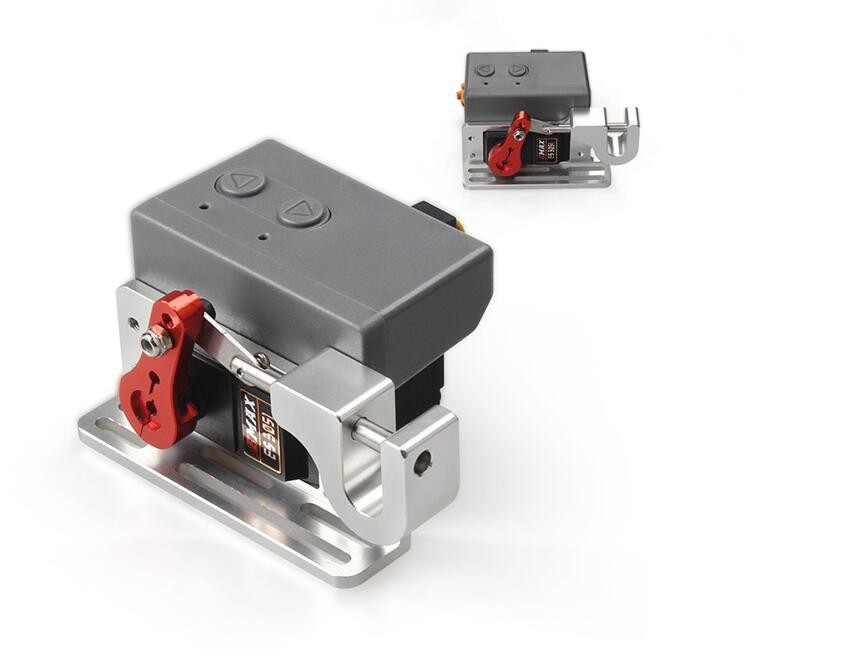 Payload Release Mechanism for (but not only) DJI Drones

If you love fishing and you love drones, why not combine the two?

If you don’t have a drone yet, we would recommend you to purchase SwellPro Fishing drone here. it is 100% waterproof and comes ready for fishing, and it is the most recommended in our opinion.

However, if you already have one by DJI drone, you can install the Payload Release Mechanism on it very easy.

What can you do with the payload release mechanism you are asking?

Well, very simple! You can release from the air almost anything you can think of.

For example, you can be romantic and drop a wedding ring to your beloved one… or even drop several balloons.

These 2 ideas are just simple examples, and your possibilities are endless.

And since Finish-Tackle is a place for fishing and camping, so… You probably love fishing, so, with this payload release mechanism, you can drop a bait or a lure from the air. See carefully where the fish are exactly (using the FPV remote control) and drop the bait exactly where the BIG fish are.

There are several solutions out there that turn DJI drones into fishing drone, however, some of them are very risky to the drone. Some of them are not safe, and many people already lost their drones just because they didn’t use it right.

There are 3 Payload release mechanisms that match the drone, it does not fit all the models so be careful before you make a purchase.

If you are not sure which one you need, just contact us and we will be glad to assist you.

Here are the different models

How to install the Payload Release Mechanism?

Wait a minute… it looks great, but how do I install it on my drone?

That is a good question, and the answer is very simple.

First, here is a picture that shows you step by step how to do it.

Not sure you got it correctly… don’t worry!

Look at the following video that demonstrates from A to Z how to do it:

I have installed it correctly, what next? How do I control the payload release mechanism?

The payload release Mechanism controls the drone through its arm light. Just turn on or off the front Led lights of the drone (no matter if its Phantom or Mavic), and then the wires which are connected with the device will be released from the drone.
Therefore, you need to set the lights control function button( the button in on the back of your Mavic pro controller) on DJI GO app before using the Mavic pro release device.
It allows you to drop anything you want from your drone and at any range.

This device can hold up to 1-1.2kg but the Mavic can probably lift only 300-400gr to keep it safe and usable, you can probably lift more than that but it’s not recommended.
You can use this device to cast a life vest far away in the sea or for drone fishing.