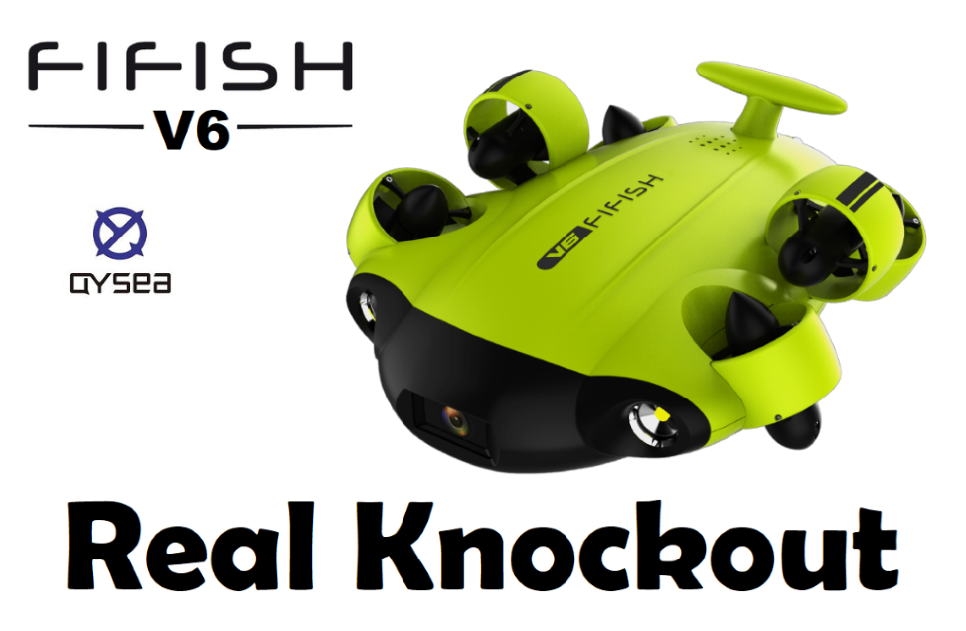 QYSEA is introducing FIFISH V6. A game changer underwater drone that can flip, tilt and pan 360 degrees. But before I will brag about this wonderful underwater robot, I want you to see for yourself, what this underwater drone can do.

2019 will be a great year for underwater drones. Several known companies are making their way to the market with newer and upgraded products. Underwater drones like the Gladius Mini got a lot of attention, and it seems that that attention was justified. However, QYSEA, which already released their great FIFISH P3, is about to ruin the celebrations for all the other companies. QYSEA is introducing FIFISH V6. 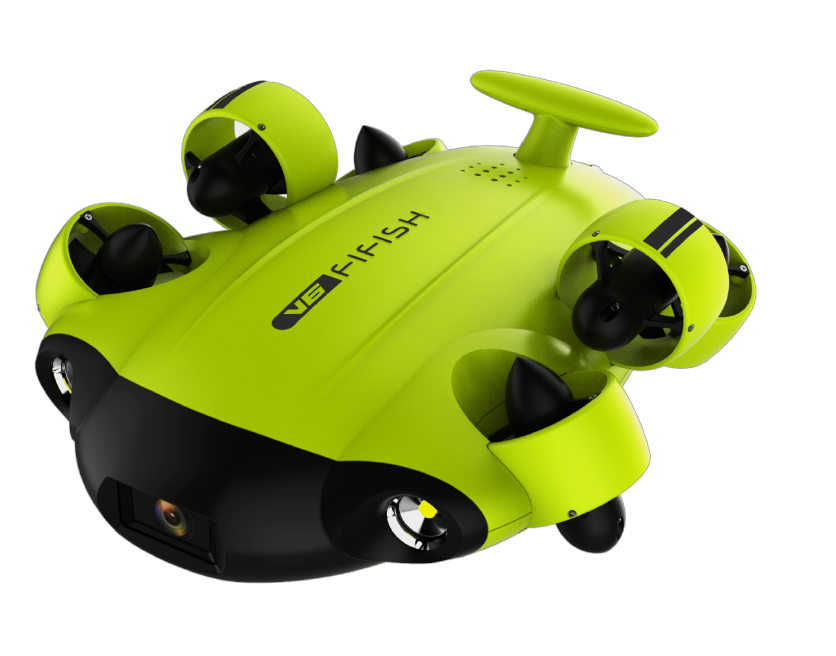 So, Is this the end of the FIFISH P3?

Obsoletely not! The FIFISH V6 is nor a replacement and nor an upgrade for the FIFISH P3. QYSEA will continue to sell the V6 and the P3. And QYSEA will soon have upgrades to their FIFISG P3.

Of course, there are more unique features in both of the underwater drones. As for the V6, I will list them in here, but, for the FIFISH P3, you are more than welcome to read it in our full review for the FIFISH P3 here and learn more about it. 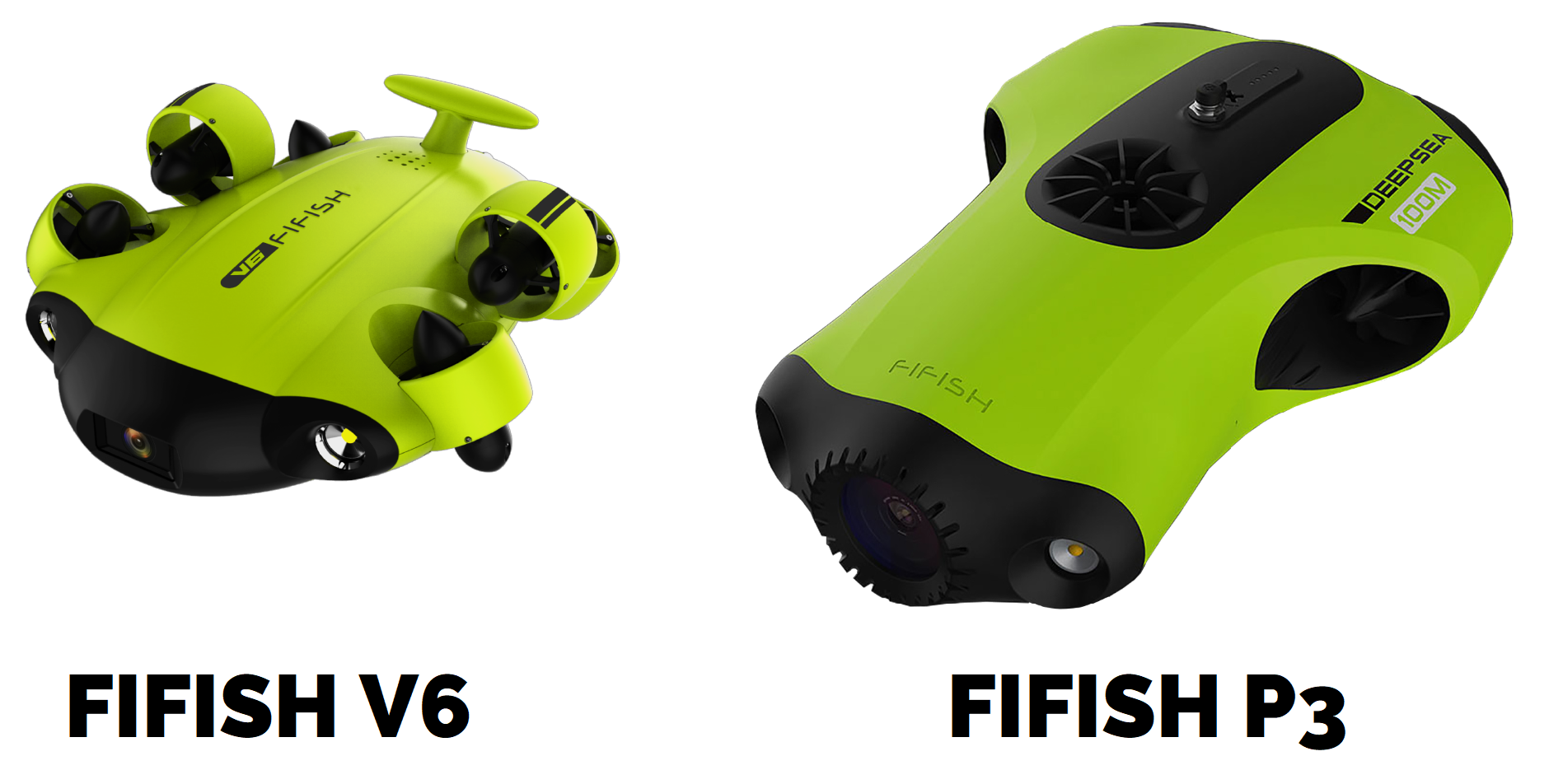 Here are the main great features of the FIFISH V6: 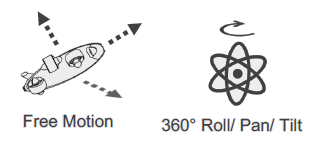 One of the most important features of the FIFISH V6, which makes it unique and stand out over all the others in its’ category, is its movement ability.

QYSEA FIFISH V6 gives you a complete 6 levels of freedom. It can move laterally, forward, backward, up, down, as well as roll, pan, and tilt. This is thanks to the 6 thrusters that the V6 has. As a comparison, the FIFISH P3 has 3 thrusters.

In addition, you can also combine different movements, such as arc, nose dive, spiral, etc., 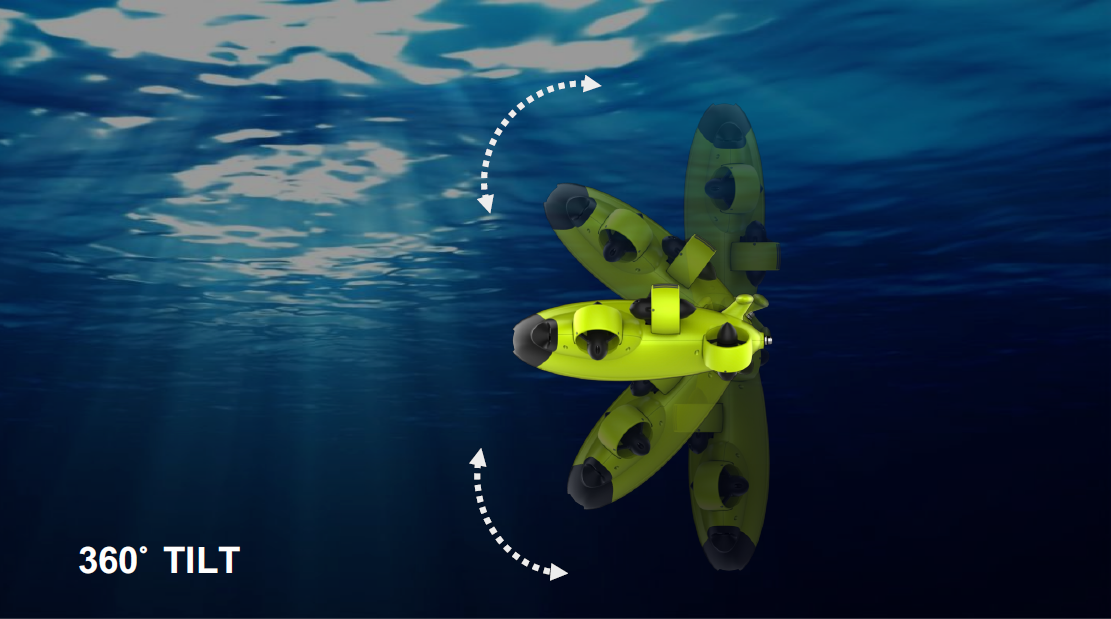 The V6 has great rotation stability while performing 360 degrees of rotation in the 3-dimension space.

A picture worth a thousand words, and a video worth it all

Enough talking about the freestyle movement of the FIFISH V6. It’s time to move forward from talking to viewing. And here, you can see for your self how the FIFISH V6 can move underwater.

Another outstanding feature of the FIFISH V6 is the posture lock. Posture lock means that you can lock the posture of the V6 within a precision of 1 degree and 5 centimeters of depth accuracy. For example, saying you tilted the V6 for 80 degrees in order to watch a fish. You can lock it, and while keeping that posture, you can move the V6 freely to any direction you want. 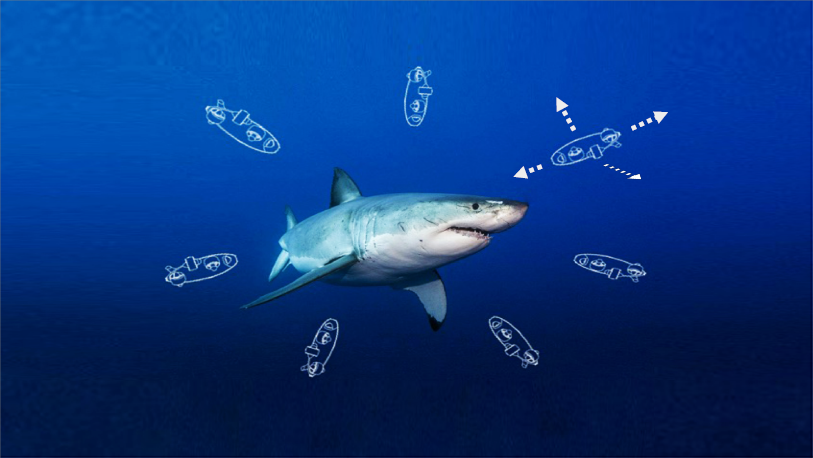 One of the main reasons you buy an underwater drone is to capture the underwater world on video. So, having a great camera, is highly important.

The FIFISH V6 has an outstanding underwater image, using an underwater image algorithm and color rendition, along with their 1/2.3” sensor (which is like most of the underwater drones – like the CCROV, Nemo, Gladius Mini and etc) it will provide you with a great underwater image.

The FIFISH V6 has, in addition, an interactive video sharing for social media platforms, including live streaming.

And in case you send out the FIFISH V6 to darker places, which does not have enough light, don’t you worry, the V6 has 2 strong led lights to light up the scene for you. Each led light is 2000 lumens, giving you a strong 4000 lumens all together.

Another cool thing about the FIFISH V6 is its video modes. So, except for having the great 4K quality (with 30FPS – ultra high definition), the V6 has a 1080p mode with amazing 120FPS. 120FPS means you can have slow motion videos.

As a drone pilot, the FIFISH V6 offers you 3 flexible ways to control it.

The attitude mode was designed for beginners, and also allowing you one-click of depth stabilization.

Head tracking mode means, you are controlling the V6 using a VR Goggles. Using the goggles will make it easier for you to maneuver and will give you accuracy while tracking a fish, a diver or anything else you can think of. The experience will be the same as controlling any other FPV you are familiar with. 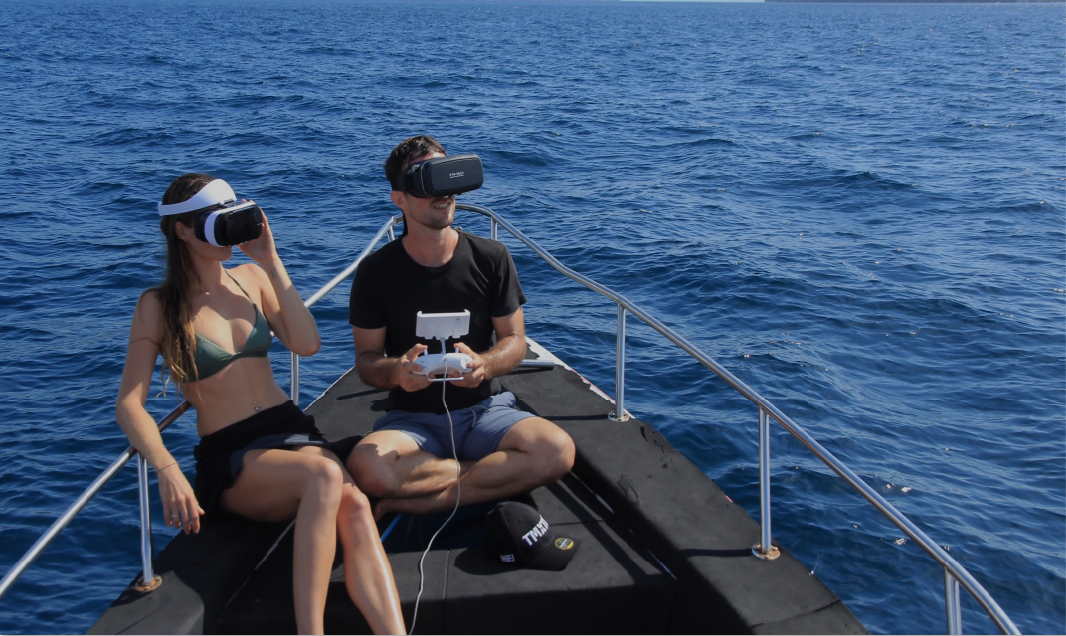 Well, the price is another surprise with the QYSEA announcement. When I first saw the capabilities of the FIFISH V6, I thought to myself that this ROV is going to be around 3000$, considering its amazing features, not less than 2500$. However, when I saw their price I was shocked. QYSEA has 2 flavors for the FIFISH V6. The first flavor comes with 50 meters tether and it will cost you 1599$, and the second flavor comes with a 100 meters tether and this will cost you 1699$.

I recommend you to add those 100$ to get the 100 meters tether, instead of the 50 meters. Even if you are not going to use it in deep waters, having the possibilities in the future to go deeper and far will be an important thing for you. You won’t be disappointed, I promise you that.

Who is the FIFISH V6 best for?

With all the mentioned features that the FIFISH V6 has, the V6 is a fantastic solution for:

Other than that, the FIFISH V6 is for everyone that can allow himself to spend 1700$ (with 50 meters tether, or 1800$ with 100 meters tether) for an underwater drone which will record his next water vacation at the best possible way. For sure, the FIFISH V6, is an enjoyable “toy” that you will refuse to take your hands off.

Now I am leaving you with all the important numbers which make the V6 so great.

The underwater drones market should get ready for the V6. Competition is always good for us consumers. And with the release of the FIFISH V6, which is scheduled later on 2019. I will keep you all posted about the exact market release once QYSEA will inform. This time, I hope QYSEA will get the public attention, they really deserve.

6 thrusters, 4K camera, 166 degrees of field view, totally free movement, posture lock and 4 hours of battery life definitely make the V6 as the best underwater drone so far for 2019. And it will be hard to beat it.

So, are you excited like me, from the upcoming FIFISH V6? Let me know what you think about it in the comments section below. Or, maybe you think there is a better underwater drone? Let me know all of that as well.

Till the next time, be safe…

PrevPreviousSwellPro PL3 Camera Calibration
NextSearch and Rescue Drones – May 2019Next