FIFISH V6 Plus is almost here 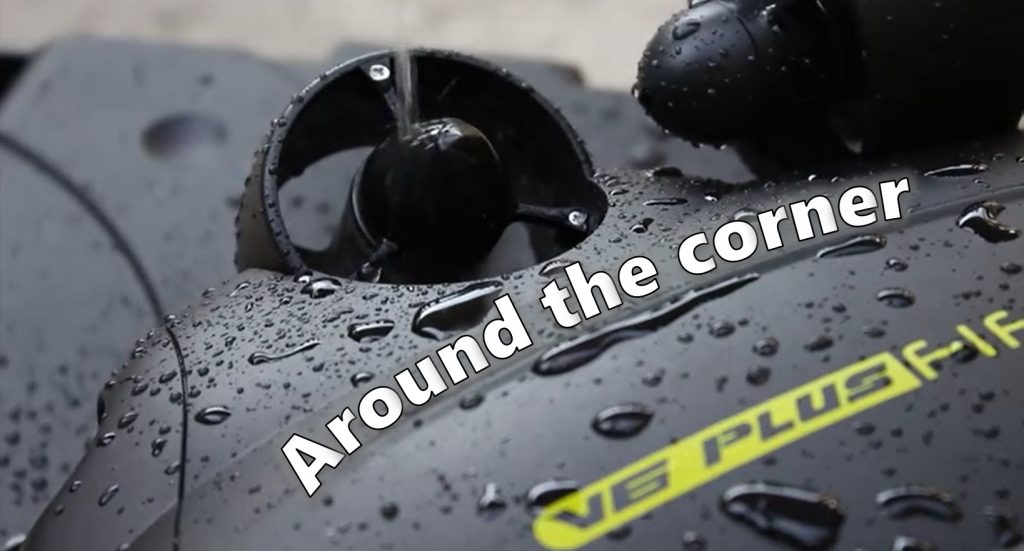 But, enough with complaining, and back to our good news. It seems that the official release of the FIFISH V6 Plus is around the corner, and we will get to know it from close very soon. And till then, you can also have a look at it in the next video:

FIFISH V6 Plus is almost here – Is it?

Since the name of this ROV is having the V6 in its name, lots of people thought that it is a kind of a sibling to the V6, a bit more advanced version of the V6, but nothing more. But, actually, it doesn’t. Even though the V6 and V6 Plus have many things in common, the V6 Plus as so many advanced features, that make it almost a completely different ROV than the regular V6 that we know.

The FIFISH V6 Plus is not a regular ROV, and it won’t be needed by the common ROV pilots. The V6 Plus fits more to industrial use.   It has many features that people don’t actually need. While the V6 is great for exploring new places and recording our diving adventures or even recording great underwater videos, the V6 Plus is capable of a lot more than that.

FIFISH V6S for the rescue

While lots of expectations were held for the V6 Plus, the delays in its release raised lots of questions and thoughts. So QYSEA decided on releasing in the meantime another ROV, named FIFISH V6S. This V6S is better than the V6 that we know in terms of battery life and it has a robotic arm.

Many people expected the V6 Plus to be something like the V6S model, in terms of features. And as time went by, no one really knew what exactly to expect from the V6 Plus. So that led QYSEA to a smart decision, which was providing the market with an improved ROV that will be better than the V6 and still won’t be very expensive. Also, it gives a great competition to the M2 ROV made by Chasing Innovation.

I believe that many people expected the V6 Plus to be whatever the V6S actually is. This release allowed QYSEA to concentrate more on the V6 Plus, and with less pressure from the international market. And now these days are coming, and the FIFISH V6 Plus is almost here.

It’s been so many rumors and speculations around the price of the V6 Plus. No one actually knew, but one thing was sure for everyone, and that it is going to be pricy.

According to our knowledge, the price of the FIFISH V6 Plus will be around 10,000 US dollars (probably a bit higher than that). Well, that is probably one of the marks that this ROV is not for hobbies or adventures. This is a serious underwater drone that aims high, with a great price tag.

FIFISH V6 Plus is equipped with several accessories which makes it a super talented ROV.

Sonar Distance Lock System – This is an embedded sonar system that features a distance-measuring function. The lock-system enables the V6 Plus to fix its height and speed allowing you to better focus on capturing and recording important images.

Direct SD card for direct transfer of the data.

Open-Source  – That is an extremely powerful advantage, that will allow you to customize and re-design several elements to fit your requirements.

Quick Positioning System (QPS) – is a GPS kit and underwater quick positioning system that allows upgrades for both the hardware and the software. It will assist you in knowing where the FIFISH is at all times and in real-time – this is suitable for ship inspections and search and rescue operations.

Laser Scaler – accurately measures the hole size on the vessel hull. This will help in identifying and preventing future damage.

Water Sampler – it has a 50ml water sampler that can feature a one-way filter valve.

In addition, it can have an addon thruster (below the ROV), an auxiliary camera, underwater QPS, thruster protector, robotic arm, underwater dozer, and automatic spooling.

Well, finally, we can say that we are going to see FIFISH V6 Plus around very soon. Even though It is not aimed for regular underwater drone pilots, it still super relevant for people that want to do highly accurate boat inspections of all kinds, precise underwater measurements, participate in search and rescue operations, and much more. So, I hope you are excited as much as I am that the FIFISH V6 Plus is almost here. And I will see you the next time it will be here 🙂